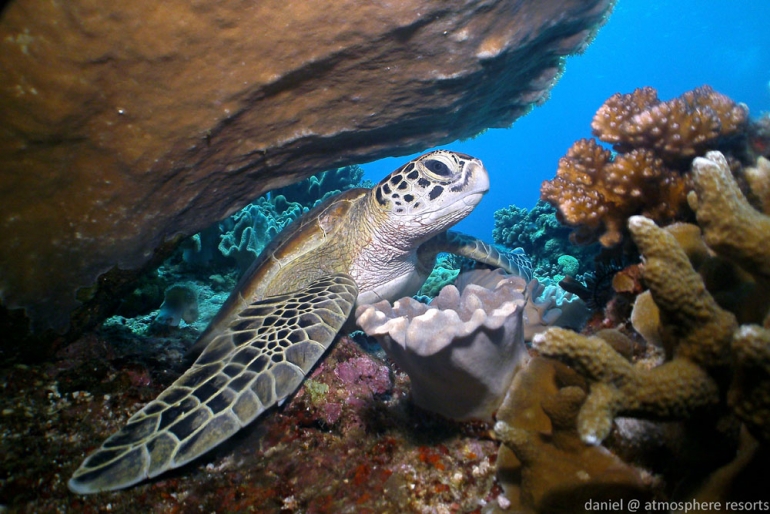 Although the Dauin Coast is a must-visit place for muck divers (with sea turtles!), don’t forget about our little neighbor Apo Island. Besides the amazing coral and numerous fish, the usual favorites of our divers are the many sea turtles that make Apo Island their home. With no known predators in the area, many of them are not scared of us and sometimes even swim with us for a few minutes, as long as they are not busy taking a nap on the soft coral or having a midday snack. After seeing “Finding Nemo,” many people know a bit about turtles, but I bet you might not know some of these interesting facts.

If you’ve never seen a sea turtle, definitely come join Atmosphere for a day trip to Apo Island. We see turtles nearly every dive and snorkel since the turtles here can be found anywhere from 1 meter to 30 meters. There’s something majestic about watching a sea turtle fly effortlessly through the water – come see for yourself!