Clownfish of Dumaguete – our seven favorites

By Daniel Geary26th March 2017No Comments 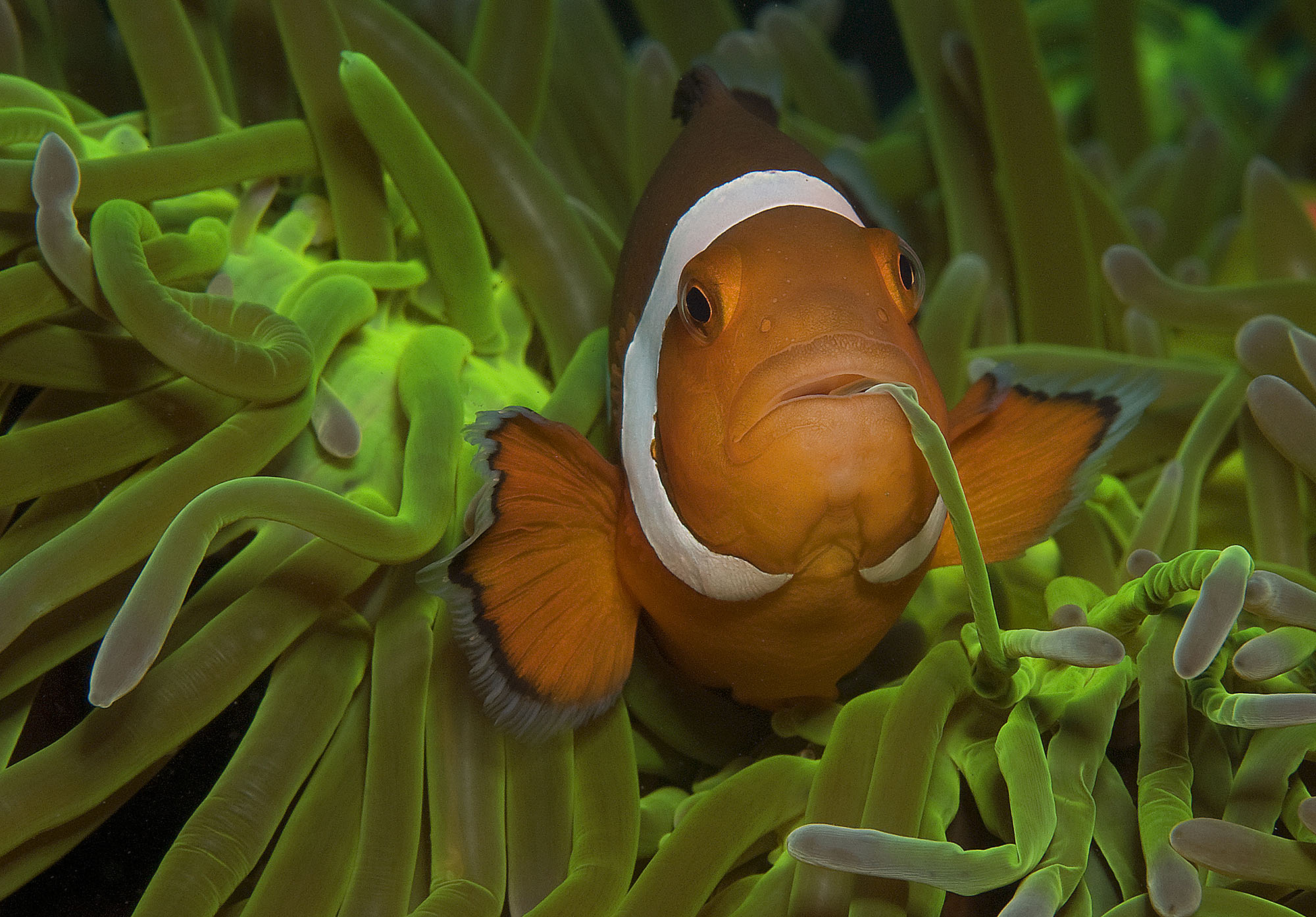 With the movie “Finding Nemo”, the clownfish leaped to instant fame. Cute, colorful and with a distinctive personality, they are hard to miss on the coral reef. Believe it or not, there are actually thirty different species of clownfish including the “false clown anemonefish”, the species that our friend Nemo belongs to. Clownfish are a type of damselfish and are also referred to as anemonefish, due to the fact that they live in anemones.

There are ten different species of anemones that are hosts to clownfish, with some clownfish only found in one species while others can be found in all ten species. Clownfish can grow anywhere from a maximum size of 10 cm to quite large at 18 cm. We have at least seven species of clownfish here near Atmosphere Resort in Dumaguete.

Stripes: Two thick stripes and a white band on the tail base

Coloration: Orange, but can be darker, even black in some places in australia, fins outlined in black

Coloration: Pinkish-orange, not much color variation in the species

Stripes: White stripe on its back and one thin white stripe behind the eye

Coloration: Orange to dark brown, depending on the host anemone 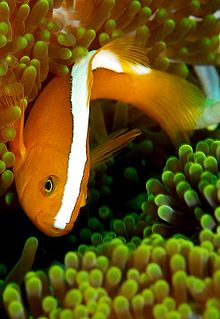 Coloration: Orange with long white stripe starting at the top lip on top of its body ending at the tail

Stripes: None on side of the body, only on the dorsal ridge

Anemone: One main species, one where rarely found

Coloration: Bright red-orange to maroon or dark brown. Has a visible spine on each cheek

Stripes: Three white stripes, can change to grey if provoked. Juveniles tend to have smaller stripes.

Stripes: One stripe behind the eye