By Kirsty Richards24th December 2019No Comments 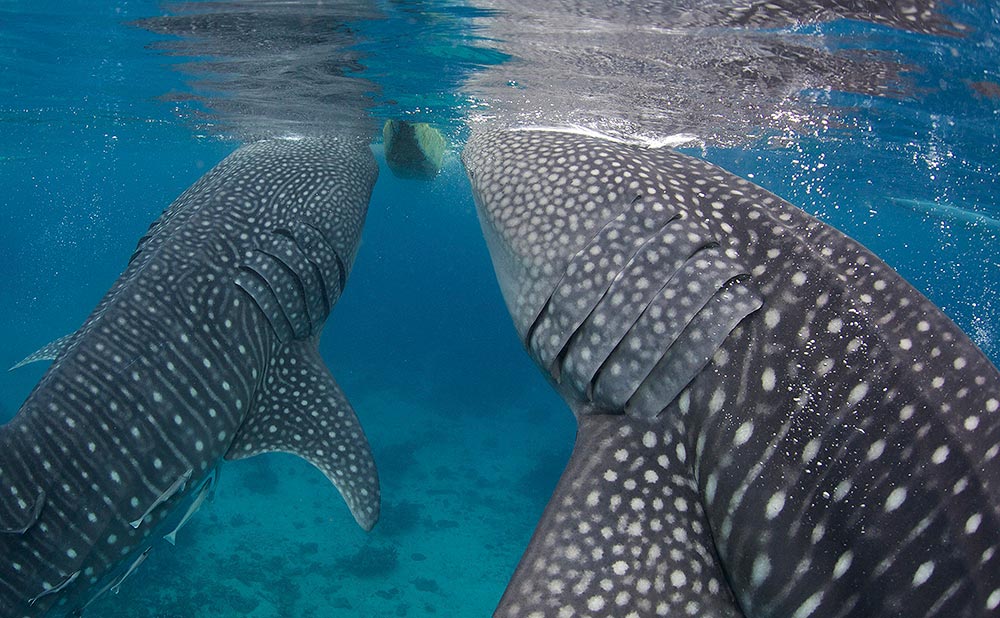 In the countdown to Christmas, Atmosphere is celebrating the incredible diversity of amazing critter species we can find along Dauin’s coastline! Here are some of our favourite critters …

This sedentary scorpionfish is top of the list for many muck divers. To enhance its camouflaging abilities it gathers drifting algae, making it incredibly difficult to spot. Then, once it has had enough, it sheds the outer layer of skin and starts all over again.

This cryptic crab, also known as a soft coral crab, is the only species within its genus and camouflages itself within the polyps of the soft coral it calls home.

Although trade in these charismatic fish is regulated by the Convention on International Trade in Endangered Species (CITES), recent research has estimated over 1.7million are taken each year in the Philippines (Foster et al 2019). Fortunately for us, these amazing fish are fairly common along Dauin’s coastline.

As one of the smallest species of cuttlefish, the flamboyant is a firm favourite with our diving guests. Although many species use such incredible colouring as a warning to predators of their toxicity, currently there is no evidence these little cephalopods are actually toxic.

Known primarily for their super strong punch, mantis shrimp also have incredible eyesight. Whereas we humans have 2 pupils, mantis shrimp have 6! They also have 12 photoreceptor cells (whereas we have 3) and can see polarised light. Scientists have even reverse engineered their eyes to help detect cancer cells.

The hairy, or algae shrimp, literally looks like a bit of fluff, making it very difficult to find. As it reaches no more than 6mm in size, it is also incredibly difficult to photograph!

Another firm favourite with our diving guests, these beautiful shrimp are one of the few predators of the coral-eating crown-of-thorns starfish. Working in mating pairs the starfish are flipped on their backs while the shrimp snip off an arm.

Did you know nudibranchs are simultaneous hermaphrodites? This means they are technically all male and female. Finding a mate is therefore made a little easier as they can mate with any other member of their species.

Did you know ghost pipefish aren’t actually pipefish? Unfortunately they have a few too many fins to be a true pipefish! Although they are related to seahorses (where males are famously known to carry the eggs), for ghost pipefish it’s back to the female way of doing things.

This species is also known as the ‘Shaun the sheep slug’ due to its resemblance to the popular cartoon character. But did you know it has a second nickname of the ‘solar powered slug’? This TINY species steals the ability to photosynthesise from its leafy home to make its own energy – it’s essentially solar-powered.

Believe it or not, the wunderpus was only described in 2006, and has one of the best Latin names of all time – Wunderpus photogenicus! It uses its extra-long arms and webbing to cover rocks and stones, trapping potential prey.

12. For the 12th day of Christmas we are celebrating all of our Critters, and the best way to learn more about them – taking the PADI Critters Specialty!

Whether you have never seen a seahorse before, or even if you know every nudibranch by its Latin name, there is something in this course for you. Created and run by our in-house marine biologist Kirsty, and exclusively taught at Atmosphere Resorts, you will delve into the lives of many of our critter species and learn their unique characteristics. Using your new skills you’re then challenged find and identify as many critters as you can whilst diving at our most diverse sites.