Into the Deep with Daniel 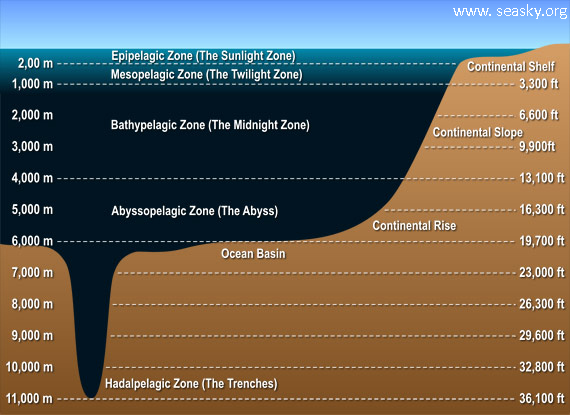 The ocean is a huge place, so big in fact that our planet is called the blue planet. We know by looking at a world map that the ocean takes up more space than land, but what about beneath the surface? According to Blue Planet Seas of Life, a BBC documentary, “Over 60% of our planet is covered by water more than a mile deep. The deep sea is the largest habitat on earth and is largely unexplored. More people have traveled into space than have traveled to the deep ocean realm…”

Officially, the deep sea starts around 200m where there is not enough sunlight for photosynthesis, processing sunlight into energy, to take place. Below 1,000m there is basically no sunlight. Many animals have adapted to this lack of sunlight. Some creatures, like the stout blacksmelt, are equipped with gigantic eyes to capture the minimal amounts of light that cannot be seen by most animals. Some animals use bioluminescence, a chemical reaction within the animal that creates light. There are 6 potential reasons why animals use bioluminescence:

Bioluminescence is usually blue or green, since these are the colors that penetrate the deepest. Most animals in the ocean, especially the deep sea, have trouble seeing red light or cannot see it at all. Some deep sea animals, like the dragonfish, can produce their own red light. This is the ocean equivalent of night vision – they can illuminate everything in front of them in a bright red light that is invisible to their prey. Other adaptations include:

Two of the main deep sea habitats are whale falls and hydrothermal vents. When a whale dies in the open ocean, it sinks to the bottom. There are three stages of decomposition:

Hydrothermal vents are some of the craziest habitats in the world. Water penetrates into fissures in the bottom of the ocean, is heated by magma, and then reemerges from vents at temperatures of over 340 C. The pressure is so extreme that the water does not boil. Believe it or not, entire communities live around these vents. Instead of photosynthesis, bacteria are using chemosynthesis, converting minerals form the water to energy, providing food and nutrients to other organisms, such as shrimps, crabs, tubeworms, snails, even small octopus. There are two kinds of vents. White smokers emit lighter colored minerals such as calcium and silicon and have lower temperatures. Black smokers are usually high in sulfur. Some bacteria can convert heat, methane, and sulfur into energy as well. There are even bacteria in Mexico that use the glow of a black smoker for photosynthesis, the first organism discovered to use light that is not sunlight for photosynthesis! 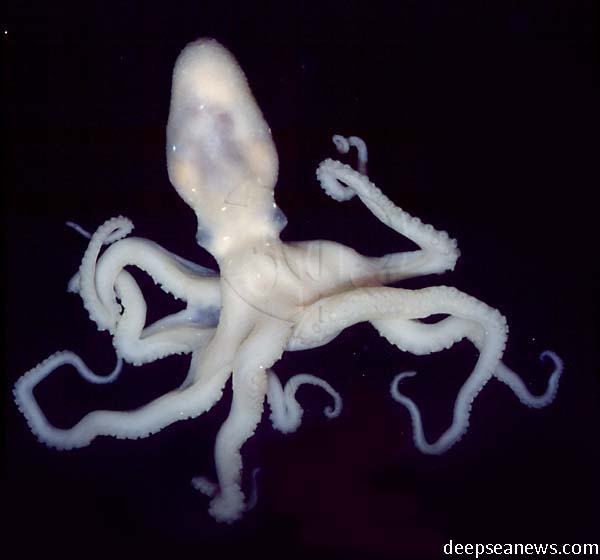 Stay tuned for next time when I write about the ugliest and scariest deep sea creatures!