By Daniel Geary26th April 2016No Comments

When it comes to reproduction in the ocean, things can get a little weird. There are animals that can change sexes (ghost pipefish) as well as animals that are both sexes (nudibranch), and even animals that can jettison an arm to grow a new animal (starfish). There are many fish that have role reversals where the fathers take care of the eggs until they hatch. The most well-known example is the seahorse, but there are many more dedicated underwater fathers that take on the motherly duties. 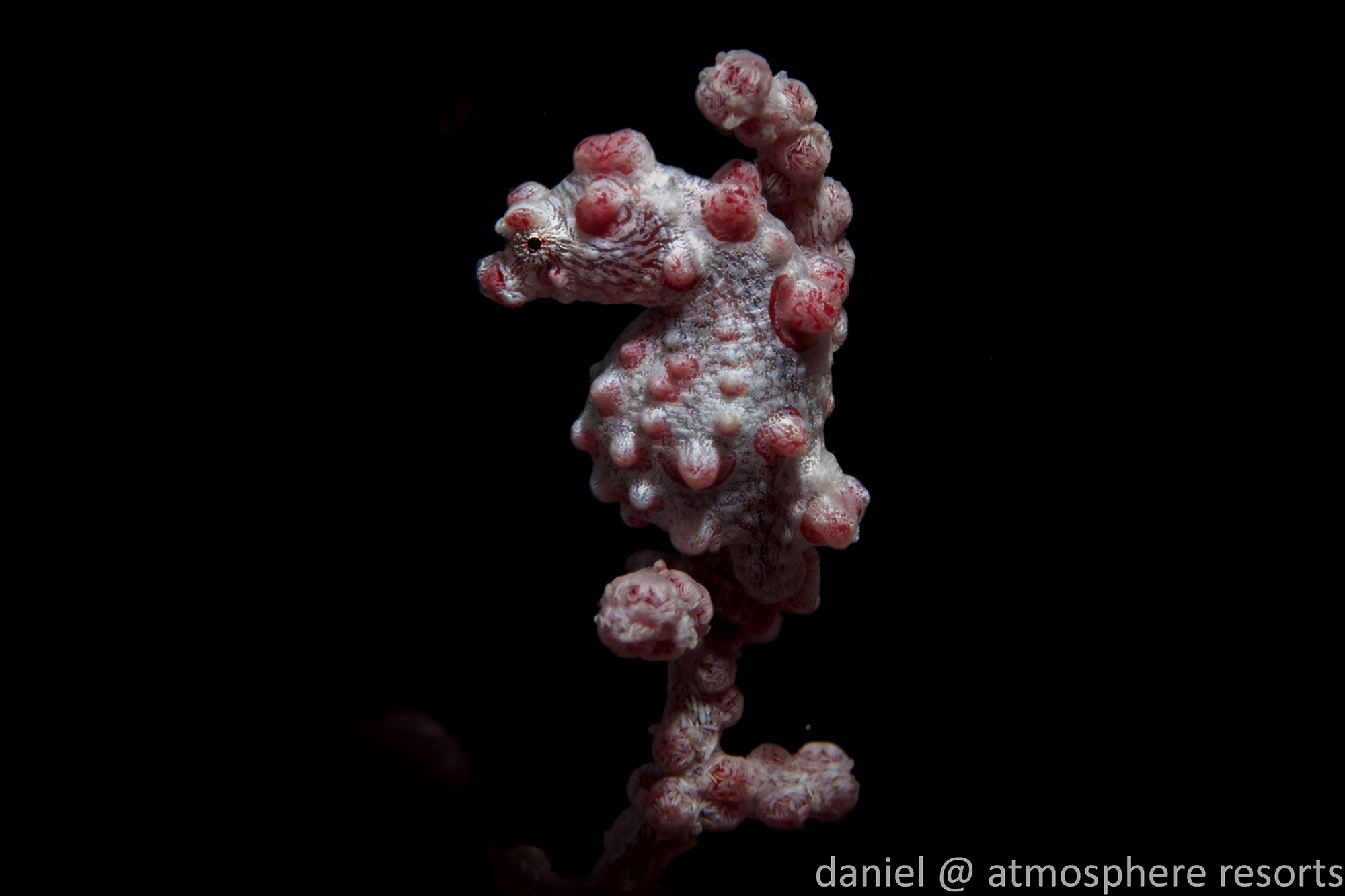 Notice the reproductive pouch of this pregnant pygmy seahorse male

The male seahorse begins his duties when the eggs are ready to be fertilized. The female transfers them into the male’s reproductive pouch, where they are fertilized inside of his pouch through the seawater. The male aerates the eggs and keeps them safe until they are ready to hatch which usually takes a few weeks. The male broods the eggs in this relationship because the female invests so much energy creating the eggs that she needs time to recover. Closely related to seahorses, pipefish also take over the egg-guarding duties. The banded pipefish has a row of eggs attached to its stomach. 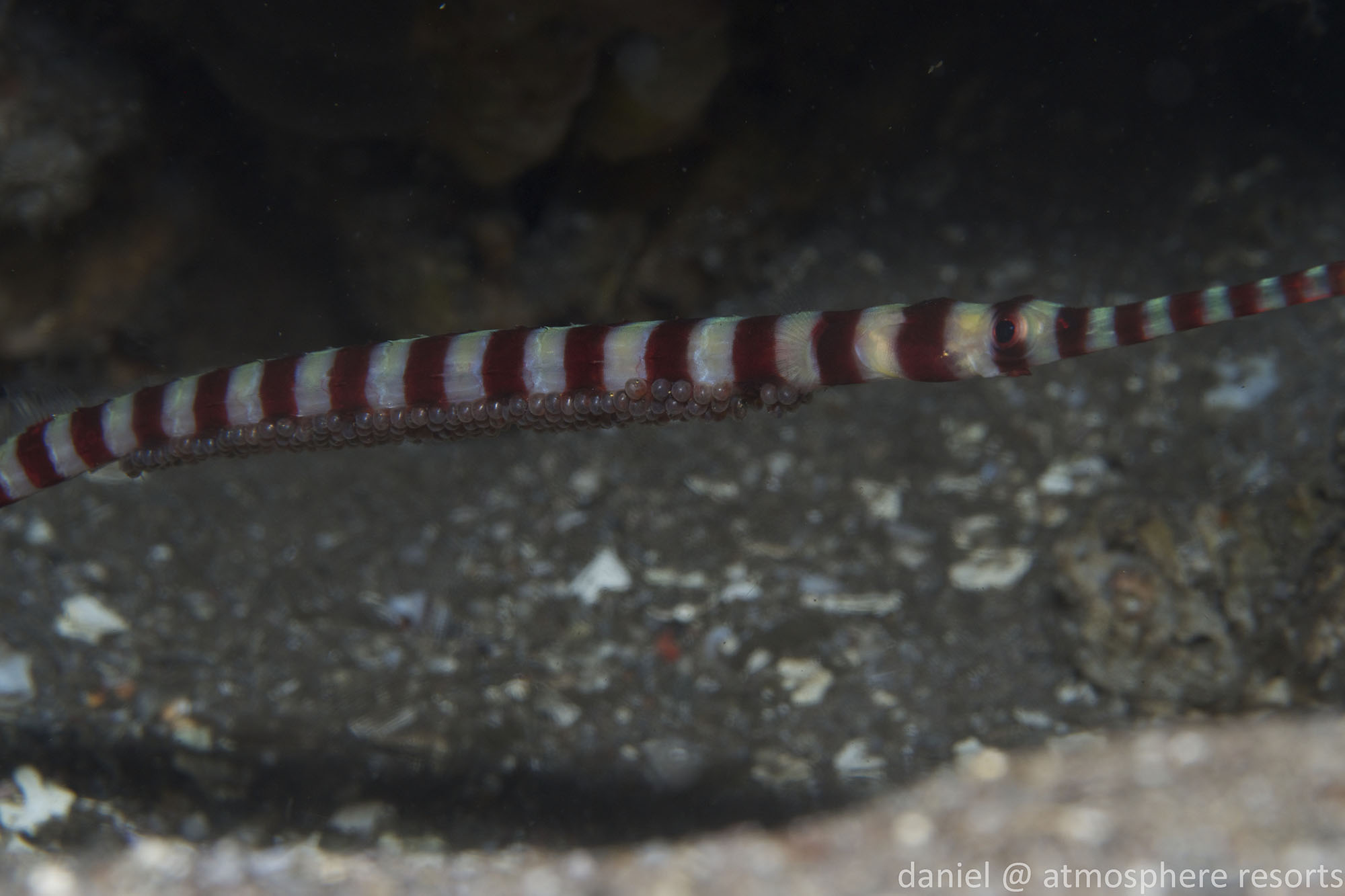 You can see the row of eggs underneath this pipefish

Mouth-brooders are probably the funniest examples of role-reversal. Two common examples are jawfish and cardinalfish. As the name suggests, these fish keep the fertilized eggs inside of their mouths until ready to hatch. This is definitely cause for discomfort. The fish cannot eat while the eggs are in its mouth so it goes for a few weeks with no food. From time to time the fish will ‘yawn’ to bring clean water and oxygen to the eggs and even spit the eggs out to rotate them, recapturing them and ensuring all of the eggs are healthy. Sometimes the cardinalfish has been known to ingest up to 30% of the eggs in its mouth, a small sacrifice to keep the eggs safe.

One of the frogfish species found in the Philippines, the Marble-mouthed Frogfish (Lophiocharon lithinostomus), exhibits the rare behavior of an egg-brooding frogfish. Most frogfish fertilize their eggs and let them float away as an egg raft, dispersing wherever the currents take them. Although not found in Dauin, there are a few residents in Malapascua. After fertilization, the male will capture the eggs and stick them to the side of his body, sometimes wrapping his tail around them. He keeps them until they are ready to hatch as fully-formed miniatures. 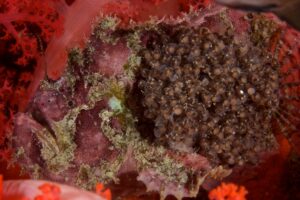