A Caring Mother on the House Reef 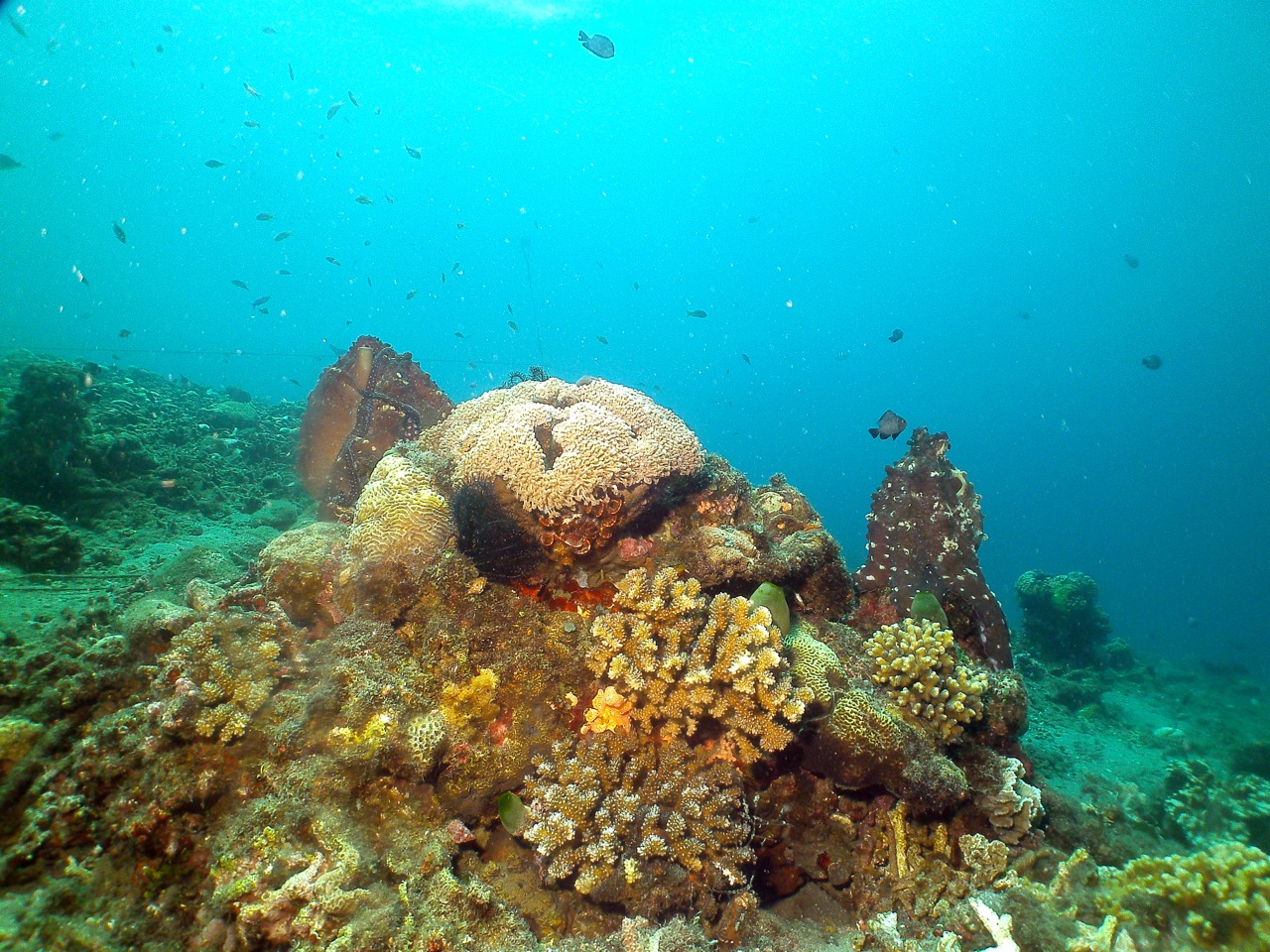 July, August and September have been great months for diving here at the Atmosphere House Reef. We have had mating pairs of frogfish, pregnant ornate ghost pipefish and banded pipefish, a few pairs of leaf scorpion fish, and most recently, a few mating pairs of octopus, all on the house reef!

We have known about a few octopus that reside in our house reef for a while, but our divers started seeing a pair together in the beginning of July, which usually means that they are preparing to mate since octopus are very territorial and not usually found together. In the middle of July, we found a second pair of octopus on the other side of the reef, seen on the same dive as the other pair, so we know they are different. On July 16th, we found the original pair of octopus mating, with the male’s modified third tentacle stretched out at full length, tucked into the female’s body cavity next to where the siphon is located. Over the next week, the den where the female octopus has been hiding showed signs of expansion, with lots of broken coral and rubble around the entrances.

At the end of July, Adam, Saila, and Daniel noticed the female octopus exhibiting odd behavior in her den. She was upside down with her tentacles on the ceiling and had closed up all but one entrance to the den. It was then that we noticed the strings of eggs hanging from the ceiling! The female had just begun to lay the first of thousands of eggs in her den. She will continue to lay eggs for a few weeks, where she will then protect them with her life for a few months, constantly pumping water over the eggs to provide fresh oxygen and to keep algae and other unwanted growths from harming them, as well as meticulously cleaning the eggs with her tentacles. During this period, she will not leave her den or eat any food and will gradually lose weight, up to 50% of her body weight, and her color will turn grey or white. She will actually metabolize her own muscle tissue while guarding her eggs, since octopus don’t metabolize fat like humans do. She won’t contaminate her den with any bodywaste or uneaten food, ensuring good water quality for the eggs. This also means no shells from prey piled up outside her den, which can be noticed by octopus predators, including humans. Staying in the den means that the mother is safe from predators, as well as the eggs she is protecting. When the eggs are developed, they will continue to hatch for a few weeks, the majority at night when she blows them out of the den with her siphon. They look like a tiny octopus, except their tentacles resemble a tiny crown.

At the end of August, we found one of the octopus near a den where it usually hides, protected by an anemone that it uses as a trap door. It had blocked the other entrances and cleared out a lot of rubble. Hopefully this will be the second mother octopus with eggs on the house reef.

Unfortunately, both the male and female octopus will perish. The male will die soon after mating while the female will die soon after all of the eggs have hatched, giving her life so that her babies may have a chance at survival. A mother octopus is truly one of the most dedicated mothers in the animal kingdom. Only a few of the baby octopus will survive to become adults and find a mate to repeat this stressful process so that octopus can continue to populate our reefs. We are excited to show this rare and wonderful event to our guests over the next few months and will make sure to be as respectful as possible to this amazing mother.