The Best of Cephalopod Season

By Daniel Geary4th January 2018No Comments 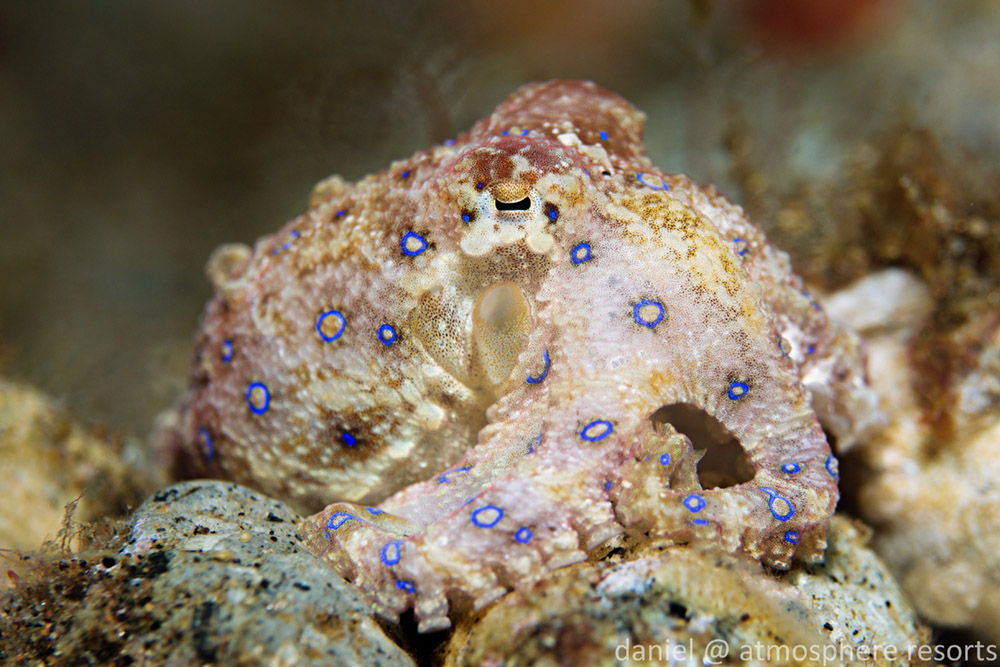 Critter life is quite seasonal here in Dauin. Whether its water temperature, wind, changes in underwater habitat, or other environmental factors, there are clear patterns and trends when it comes to fish and other critters. We love October here at Atmosphere because, not only is it octopus and cephalopod season, but it also has a nice ring to it – Octopus October. Truth be told, Octopus October is not entirely correct. It should be called “Cephalopod September until December-ish.”

Octopus are not the only special critter during this season as cuttlefish also begin to appear. This year we had plenty of Flamboyant Cuttlefish, including a few on the house reef and at least five other dive sites. Sometimes we are finding them in groups of three, with two males fighting over females, and there are lots of flamboyant eggs, including a fresh batch on the house reef at the moment! In addition to flamboyants, we also had some Broadclub Cuttlefish and Needle Cuttlefish make appearances.

Algae Octopus exposed in the sand

Algae Octopus came back in huge numbers this year, with some dives having double digit sightings. Although a relatively shy octopus, if you catch them hunting and exposed they make for great photos. Usually they spy on divers and retreat beneath the rocks once we get within a few meters, but you can see them high up out of their hole watching you from a distance if your eyesight is good enough.

Coconut Octopus got in on the action this year, with some juveniles scattered around different dive sites. We mostly see them hiding in the rocks or in bottles, but we had a playful one at the Cars dive site that had what looked like a seed pod as a home. When we put a diopter next to it for a size reference, the octopus had other ideas and tried to integrate it into its home, although it was a bit too heavy.

Wonderpus blending in with its environment

Wonderpus were abundant again this season, including a few popping up at dive sites where we don’t normally see them. As these octopus are also very shy, a lot of times all we see is two eye stalks sticking up from the sand. Just like the Algae Octopus, its always a treat to catch a Wonderpus out on the hunt for prey.

Although deadly, this octopus is very docile and minds its own business

Blue-ringed Octopus were late arrivals to the season. Although its December, they number of sightings seem to be increasing. This is one of the most requested animals of divers who come to the Indo-Pacific so its nice to have them here on our doorstep. One big difference this year from last year is the number of Mototi Octopus. We only saw a handful this year, compared to some dives last year where we would see five! We haven’t seen any Mimic Octopus or White-V Octopus this season, although I’m sure they’re out there somewhere. There haven’t been many Day Octopus sightings, but they are much better at hiding in the reef and we do most of our octopus hunts in sandy and rubble areas this time of year. Hopefully Octopus “October” continues into 2018!