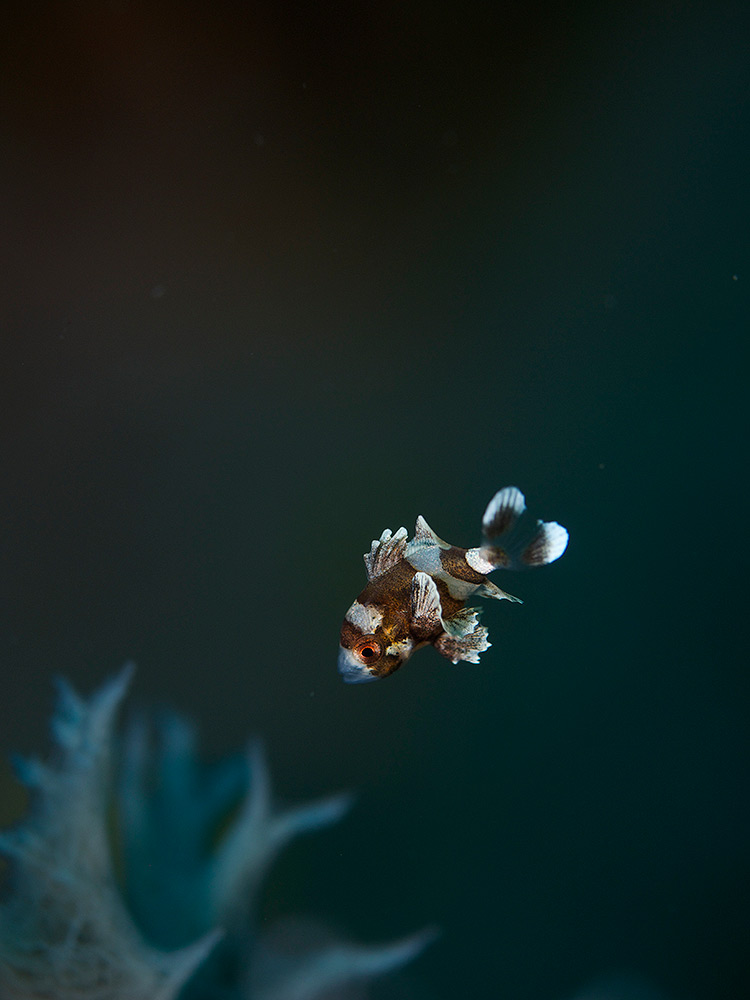 This year I took part in my first underwater photography contest, the annual SNUPS (Splash-NUDI Underwater Photo Shootout) event that takes place here in the Philippines. This year we had enough people from Dumaguete/Dauin that wanted to participate that they gave us our own leg to compete against Anilao and Cebu/Malapascua. It’s an amateur competition, so no professionals allowed! One great aspect of this competition is that it doesn’t allow any cropping or photo manipulation – photos must be transferred in their original format straight from the camera. Although post-processing (Photoshop, Lightroom, etc) is accepted and almost necessary in the age of digital photography, this contest evened out the playing field so that amateurs of all levels of experience were graded on their photography itself, not their post-processing skills.

Since I was shooting with an Olympus EPL-5 and a 14-42mm lens with an external strobe, I registered in Open Class, which is for non-compact cameras. This was a bit intimidating because I know some of the other contestants in Open Class and they have much more experience and better camera gear than I do, as well as the fact that my 60mm macro lens was being repaired. For this competition, all photos must be taken during the contest period. You are given a future date and time to put in your camera settings that is only known to contestants when registering on the first day. There are four categories for submitting photos – Macro, Wide Angle, Nudibranch Portrait, and Marine Animal Behavior.

I scouted locations in the days preceding the event and had already decided the subjects for my Macro and Wide Angle submissions. I took an amazing photo of a juvenile Harlequin Sweetlips, smaller than 1 cm, on the day before the competition, so take the exact same photo during the competition and succeeded. I was very proud of that photo but there were some epic macro photos and it did not place. For Wide Angle, I had decided to use my 14-42mm lens to photograph my favorite lime green Giant Frogfish. Once again, I got the shot that I had planned, a side view of the frogfish with a black background. Its the best I could do for muck diving wide angle and I am very proud of the photo as well, but the wide angle submissions were amazing and it didn’t place. I had no idea what to do for my Nudibranch Portrait, but I decided to go out on a night dive for a nice black background shot. I got a funny photo of one of our common Nembrothas on the house reef staring at the camera with a black background. I was happy with the shot but wish I had found some rarer or more colorful nudibranchs so I wasn’t surprised when it did not place.

For Marine Animal Behavior, I wanted to submit a yawning frogfish, but there were going to be plenty of submissions and mine wouldn’t stand out. I figured I would find a fish doing something cool and try my best. I was debating whether or not to use my sweetlips Macro photo as my Marine Animal Behavior submission and submit an octopus eye or a juvenile frogfish in front of Ian’s eyeball as my Macro since I wasn’t seeing any crazy behavior. I decided to do one more dive on my day off, the day that photos were due for submission. After the safety stop as I was swimming back to Eve, I came across two dragonets locked mouth to mouth, fighting each other near the boat. I crept towards them, snapped three photos, and they broke off their fight. I knew I had an impressive photo when I enlarged it on my computer screen but wasn’t quite convinced. I decided in the end to keep the sweetlips as my Macro submission and use the dragonets for my Marine Animal Behavior since it was unique. It turns out that was the right idea and I ended up placing 1st in the category, winning a very nice dive light and manta ray trophy for my efforts. Overall it was a great experience, although a bit stressful since I missed a day of the competition to guide guests at Apo Island. Many thanks to the management team at Atmosphere (and Matt and Gaby) for supporting me and allowing me to participate during my work hours as well as Ian, one of our dive support, for being my dive buddy/guide during the competition. I’m looking forward to competing in more competitions and hopefully bringing more awards to Atmosphere!